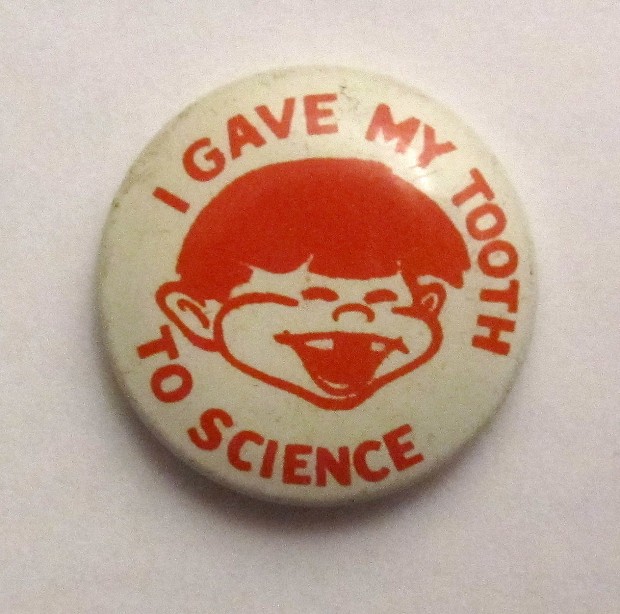 In the 1950s, scientists worried about the fallout from nuclear weapons being tested in the Nevada desert drifting across the US undertook an unusual experiment. They asked parents in St. Louis to collect their children’s teeth (after they’d fallen out) and donate them for research. The response was amazing — over 320,000 teeth were collected and, when examined, were discovered to contain a high level of a radioactive component that could be traced back to the bomb testing. Armed with that information, the scientists appealed to President Kennedy to stop the tests, which helped lead to the Partial Test Ban Treaty, which was signed by the US and USSR fifty years ago today.

On my America Weekend show, Joe Magano, Executive Director of the Radiation and Public Health Project, filled in the details of this story and explained what other effects both the fallout and the experiment had in ensuing years. Listen, then click here to subscribe to these podcasts via iTunes!