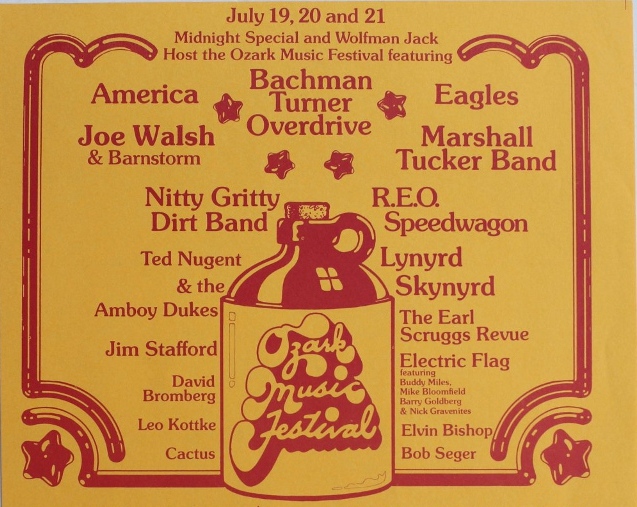 Forty years ago this month, the town of Sedalia, Missouri, was home to one of the largest music festivals in American history — the Ozark Music Festival, on the grounds of the Missouri State Fair. The lineup included some of the biggest rock acts of 1974 (as seen on the poster above), but so many people showed up (estimates run as high as 350,000) that it became a sea of people, sex, drugs, and rock and roll (imagine Woodstock without the mud).

Jeff Lujin has been working on a documentary about the festival, speaking with some of the organizers, attendees, and performers. Today, he joined me on KTRS, as did my friend Mark Muller, who was actually there. They each told stories about the bands, the conditions, the way the town reacted, the state’s response afterwards, and the sights and sounds of the historic event that caused rock acts to be banned from the Missouri State Fair for the next 20 years.