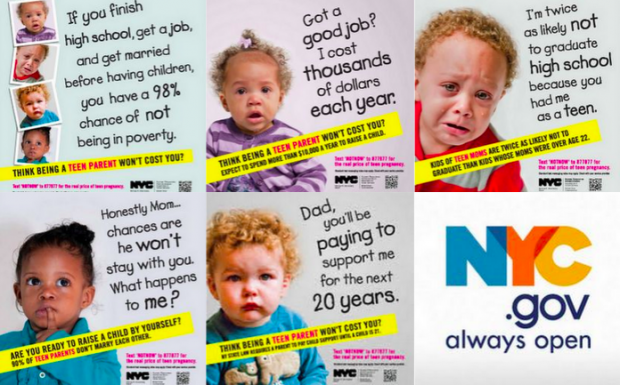 On the heels of Mayor Michael Bloomberg’s attempt to ban sodas larger than 16 ounces, New York has launched another public health campaign aimed at keeping teenage girls from getting pregnant.

The message is the same one that responsible parents should be telling their daughters, and I have no problem having the city reinforce the message, considering the amount of tax dollars that have to go towards helping women who became mothers too early and thus don’t finish school, or can’t work fulltime, etc. But critics charge it’s more nanny government, and even Planned Parenthood doesn’t like the billboards.

Today on America Weekend, I discussed the campaign with Richard V. Reeves, who has written about it in a NY Times op-ed. Listen, then click here to subscribe to these podcasts via iTunes!