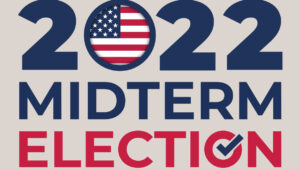 The fact that Herschel Walker is so close to Raphael Warnock in the Senate results from Georgia makes me sick to my stomach. It’s proof that GOP extremists would vote for a steaming turd. Correction: they already have.

Chuck Grassley is 89 years old. Born at the height of the depression, before television had been invented. He’s been in the Senate for 42 years, plus 6 years before that in the House. Yet Iowa Republicans just elected him for another six-year term. Now, tell me again why Joe Biden is too old to run for re-election?

Must be nice to live in a state where Democrats can emerge victorious. The only thing we voted for in Missouri that will likely win is legalizing weed (which also passed in Maryland).

One of the most ridiculous traditions in local TV news is anchors throwing to reporters doing live shots from candidates’ election night parties — before any result is clear or even imminent. Oh, for the reporter who would say, “Nothing happening here! Back to you!”

There is still no one in the business as good at breaking down enormous amounts of data as brilliantly as Steve Kornacki at MSNBC. He had one moment last night that amazed me. He was looking for one small detail he’d written down on a piece of paper, but it was in a pile of stuff on his desktop. So, while continuing to talk live on the air, he dug through the mess, found exactly what he was looking for, and seamlessly incorporated it into his analysis. Having been in that situation many times, I couldn’t help but tip my hat to him. You might be able to watch a clip of that moment here.

If you really want to annoy some MAGA moron, just say this: “Hey, did you hear AOC was reelected to Congress for a third term?”

Democrats are going to have to find future candidates in Georgia and Texas not named Stacey Abrams and Beto O’Rourke. It’s possible to come back from one loss, but after two in a row, maybe it’s you.

Though it’s disheartening that Marjorie Taylor Greene will return to Congress, I will take some pleasure from seeing Lauren Boebert being kicked to the curb. If she ends up losing and isn’t hired as a Fox News “analyst” by the end of this week, I’ll be shocked.

Every time I see some third party candidate getting one or two percent of the vote — whether at the municipal, state, or federal level — I wonder whether they met their own expectations. Was there any point at which they believed they could win? Were their friends and family honest with them about having no chance at victory, or did they feign support so as not to hurt their feelings? Delusions can be powerful and harmful, particularly if those independents get enough support to force the Democrat and Republican into a runoff because neither surpassed the 50% bar.

I wonder which quack remedy Dr. Oz gobbled handfuls of after hearing he’d lost the Senate race in Pennsylvania. I’m also curious which hoodie-and-shorts combo John Fetterman will wear when he’s sworn in — after he sends Oz a veggie tray as a consolation prize.

It was a night of firsts. Maura Healey will become Massachusetts’ first elected female governor and the nation’s first out lesbian to hold that office. Kathy Hochul became the first woman elected governor in New York. Summer Lee became the first Black congresswoman in Pennsylvania history. Georgia Secretary of State Brad Raffensperger, a Republican who refused former President Donald Trump’s request to “find” the votes needed to overturn his 2020 loss, won reelection. Maryland Democrat Wes Moore will be the state’s first Black governor. Democrat Maxwell Frost will be the first member of Generation Z elected to Congress. Anthony Brown will be the first Black person elected attorney general of Maryland. Democrat Becca Balint will be the first woman elected to Congress from Vermont, the only state never to have sent a woman to Congress.

Plus, Michigan and California and Vermont passed constitutional amendments protecting women’s reproductive rights and access to contraception. The voters of Kentucky (the state represented in the Senate by Rand Paul and Mitch McConnell) went pro-choice by turning thumbs down on an amendment stating there is no right to abortion. Even Montana is leaning that way with its own ballot question.

Regardless of what the final numbers look like, there’s no way the results of this election can be characterized as a Red Wave. We won’t know the full makeup of Congress for a few days as all the votes are counted. But if you consider the shellacking the party of an incumbent president has historically taken in the first midterm after they took office (Trump lost 40 seats, Clinton lost 52, Obama lost 63!), it would be more accurate to call this year’s outcome a ripple — at best.

By the way, how many of the pundits, experts, and pollsters correctly predicted any of this? How many of them will admit it publicly?