Red Face In The Window Seat 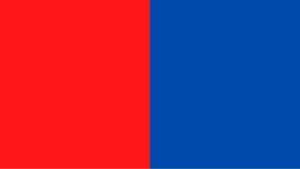 I spent last weekend in Las Vegas, and had an odd experience at the beginning of my flight home Monday.

Because of my height, I always try to get a seat in the emergency exit row, which affords more leg room. But when I boarded, they were already full, so I sat down in an aisle seat in the third row next to a couple who appeared to be a few years older than I am — the wife in the middle seat, the husband next to the window.

I made some small talk with the wife while we waited for the rest of the plane to fill up. At one point, she said they go to Las Vegas often, so I suggested that next time they make the trip, they go see Mac King do his comedy magic show at the Excalibur (he moved there recently after 20 years at Harrah’s). The woman took out her phone and wrote a note to herself as I added, “I’ve told lots of people about Mac, and everyone who’s seen him has thanked me afterwards. You can just send me a check.”

She laughed, but her husband — who had been silent this whole time — leaned forward, looked at me with a very serious stare, and asked, “Do you vote red?”

I was a bit taken aback at this non sequitur question, but I replied, “No, I vote blue.” That’s when the tone in his voice changed as he squawked, “Then you won’t be getting any check from me!! I can’t believe anyone would vote blue.” I looked at him with a quizzical look as he nodded for emphasis — as if he’d made some important point — and leaned back. One or two more seconds and steam would have escaped his ears from the empty place inside.

His wife didn’t say another word. From my many years of experience hosting talk radio shows, I knew there was no way to have a civilized conversation with the husband. So, in the interest of in-flight harmony, I put my earbuds in and listened to some music while I contemplated what had just happened.

I immediately recognized him as the sort of MAGA man who wakes up angry every day and only gets angrier as the hours go by as he consumes the poison spread by whatever extremist garbage he consumes from his media and Facebook feed. In his world, there’s no such thing as small talk or common courtesy or simple niceties. To the brainwashed haters of the GOP, everything is viewed through a lens of, “You’re either with us, or you’re the enemy.”

If you’re wondering, this thin-skinned but hardheaded man lives in Perryville, Missouri, about 70 miles south of St. Louis (I’d learned that from his wife earlier). It’s a very conservative place, more than 95% white, and overwhelmingly Republican. It’s the kind of place where Black and Brown drivers make sure their car doors are locked and should never exceed the speed limit by even 1mph.

Remember, this guy reacted this way to a joke. Did he think I really expected them to send me a check after seeing Mac’s show? I bet he’ll never actually go because I recommended it. “I ain’t interested in some socialist, baby-eating, immigrant-loving, Biden-supporting magic tricks, Mary!” I bet he’s a science-denier, too, despite the fact that Bernoulli’s Principle was about to help us get back to Missouri.

This complete lack of a sense of humor is typical in the MAGA movement. Their loser leader has said things he may have believed to be jokes, but which contained none of the qualities of anything witty or even mildly humorous. I challenge you to find something truly funny that’s ever emerged from him or one of his acolytes.

But you know what amused me? The thought of Mr. Red Voter’s face getting even redder when the election returns came in the next night.