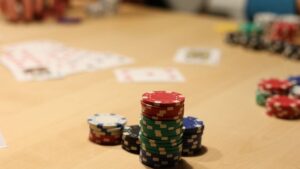 At the poker table the other night, one of the other players was regaling the guy next to him with stories of hands he’d played over the last couple of months. What amazed me was how he recalled every little detail, including not just what cards he and his opponent had, but the entire board and the sizes of the bets, too.

This is a guy who plays 4-5 nights a week for hours at a time, so he’d been involved in hundreds of hands over that span. I only play a couple of times a month and can’t tell you about any of the action. Yes, I’ve shared a few stories on this site about poker hands I’ve played over the years, but only because I knew at the time I’d want to write about them, so I made some notes on my iPhone. Without those, I’d be lost.

On more than one occasion, I’ve had someone come up and ask something like, “What did you have two weeks ago when we were heads up and I folded a pair of queens?” I look them straight in the eye and reply, in complete honesty, “I can’t remember hands I played earlier tonight, let alone what happened 14 days ago.”

I’ve also seen the dealer put out a flop, turn, and river containing something like four sixes and thought, “Gee, I could have sworn I folded a six.” I couldn’t even remember what I’d looked at one minute ago!

Once I release my cards, win or lose, I’m only thinking about the next hand. Or what I’m going to have for dinner.