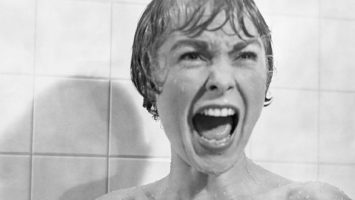 Last month, I wrote that the original trailer for the 1991 “Addams Family” movie was the greatest ever, because it teased without revealing — a concept long abandoned by Hollywood. Today, I offer another contender for the title of Greatest Movie Trailer Ever.

I just watched (and added to my Movies You Might Not Know list) “78/52,” a documentary dissecting the shower scene in Alfred Hitchcock’s 1960 masterpiece, “Psycho.” The title refers to the 78 edits it took to make up those 52 seconds of screen time. Discussing that landmark in cinema are people you might recognize, from Elijah Woods to Peter Bogdanovich to Illeana Douglas to Guillermo del Toro. Jamie Lee Curtis is in there, too, relating what she heard about the scene from her mother, Janet Leigh.

I had the opportunity to talk with Leigh about “Psycho” in 1999, when she was promoting her book, “Psycho: Behind The Scenes Of The Classic Thriller,” on what would have been Hitchcock’s 100th birthday. She told me about working with him, whether doing the famous shower scene really scared her out of taking showers forever, and how Hitchcock changed the movie exhibition business by not allowing anyone into the theater while the movie was in progress — you had to see it from the beginning. You can listen to that conversation here.

Hitchcock didn’t use Leigh or Anthony Perkins in the trailer. Instead, he appeared himself, giving a tour of the Bates Motel and the house on the hill, all without spoiling the plot or its twists. At the time, Americans were familiar with Hitchcock from the intros he did each week on his anthology TV series, “Alfred Hitchcock Presents” — which had been running for several years (and is still around in syndication!) — a style which he matched in his six-minute tease for “Psycho”…