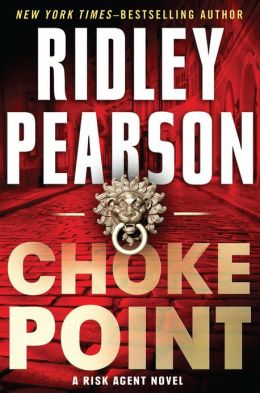 Ridley Pearson has written 45 books, including 4 in the Lou Fleming series, 9 in the Lou Boldt series, 3 in the Chris Klick series, plus the Peter & The Starcatcher series (with Dave Barry) that became a Broadway show and is about to launch a national tour. His newest novel is “Choke Point,” a sequel to “The Risk Agent,” which has been optioned by Vince Vaughn’s company for a movie.

Today on America Weekend, I asked Ridley whether he pictured Vaughn as his hero, John Knox, why he seems so fond of his other character, Grace Chu, and why he’s written an international spy novel about child labor. Ridley also explained how he’s crowd-sourcing the next book in his “Kingdom Keepers” series for kids.

Ridley has been my guest many times over the years. You can listen to our previous conversations here.