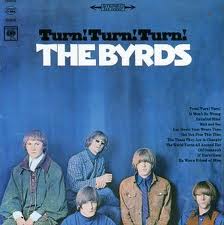 Roger McGuinn was back on the air with me today. His group, The Byrds, had a number one hit in 1965 with “Turn Turn Turn,” written by Pete Seeger, so we talked about the folk legend’s influence on Roger, the band, and banjo players everywhere, as well as the state of folk music in the 21st century. Since today is the 50th anniversary of The Beatles’ debut on “The Ed Sullivan Show,” Roger explained the impact that event had on his career and his friendship with the Fab Four over the years.

Note: in our conversation, Roger referred to Bob Dylan going electric at Woodstock. I knew he was referring to the Newport Folk Festival, but didn’t correct him on the air. However, he emailed me minutes later asking me to add the correction here. Done.

Roger’s latest project is “Stories, Songs, and Friends” — a 2-CD collection that also includes a Bonus DVD that starts with The Byrds’ induction into the Rock and Roll Hall Of Fame.