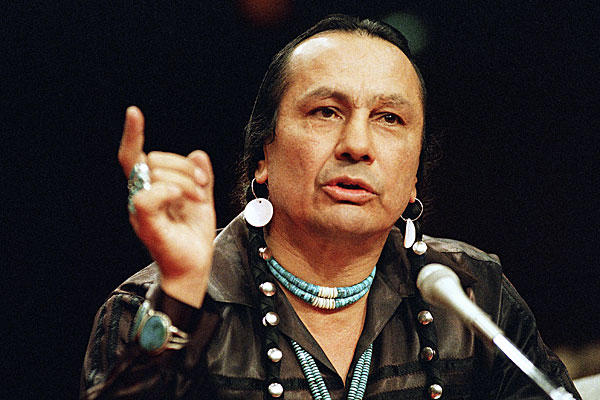 Russell Means, a longtime leader of the American Indian Movement, died Monday at age 72.  His longtime activism was not without controversy, much of it because the vast majority of Americans have no idea what it’s like to be an Indian in this country.  In an interview I conducted with him on July 3, 2001, he explained why he wanted to be known as an “American Indian” (as opposed to “Native American”), how he wasn’t covered by the US Constitution, and why he believed Indians live in an American apartheid.  We also discussed sports teams using Indians as mascots, what he called “casino Indians,” and the problem of alcoholism on reservations. I recall this conversation as a vivid look inside a culture so few Americans know anything about.