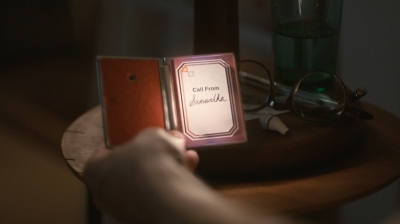 After seeing the movie “Her,” I’ve become disillusioned with Siri on my iPhone.

It’s not just because Siri doesn’t sound like Scarlett Johannsen, voice of the intelligent operating system (a/k/a/ Samantha) in the film. It’s that Scarlett understands everything Joaquin Phoenix says, even judging his moods, while I often can’t get Siri to follow simple commands like “call AnnMarie” (who produces my America Weekend radio show). Siri will tell me there’s no AnnMarie in my contacts list, even though I’ve called her hundreds of times. Or Siri can’t remember who my daughter is when I want to send her a text. Or I’ll tell her to “set up an appointment with Jeff on Thursday from ten to twelve” and she’ll think I want to meet him at 11:50am.

You call that an intelligent personal assistant? Am I going to have to resort to actually touching the phone screen to get what I want? I know these are nit-picky first world problems, but in a fast-moving technology world, Siri was amazing when she was introduced just three years ago, but now she feels ten generations behind.

Here’s the most frustrating thing of all: Joaquin can connect with ScarJo anywhere, anytime — even in elevators — simply by putting in an earpiece. Meanwhile, my AT&T signal drops out if I get in the left lane on Highway 40.

On the other hand, if the near future means wearing our pants pulled up as high as Joaquin’s in “Her,” I’m not in any rush, ScarJo or not.