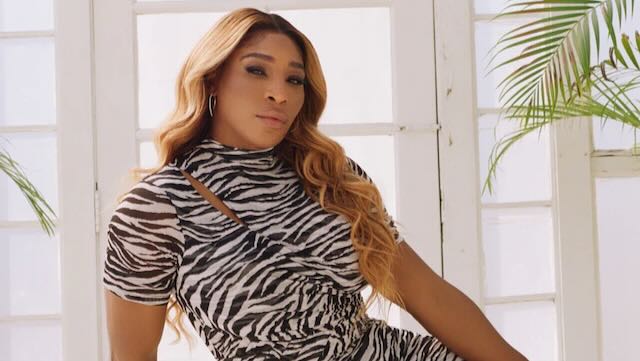 There’s a scene in “Blazing Saddles” where someone goes into Sheriff Bart’s office to report that “Mongo’s back and he’s breaking up the whole town!” Bart starts to put on his gun belt, but the Waco Kid tells him, “No, don’t do that. You’ll only make him mad.”

I’m reminded of that whenever I see Serena Williams fall behind in a big tennis match, as she did yesterday against Simona Halep — not because I’m rooting against her (I’m not), but because I look for the moment when Serena has clearly gotten mad. She looks across the court and says, by her facial expression, “I’m Serena Williams, bitch!” From that moment on, the opponent has no shot.

Last night, it happened at the end of the second set. Serena had won the first 6-2, but Simona broke her serve in the second and took it 6-4. That’s when Serena got pissed, shot her “the look,” and crushed Simona in the third, 6-3.

I also like the fact that, while serving, Serena only takes one ball at a time from the ballpersons. In the decade before I had to give up playing tennis several times a week because of leg injuries, all four players in my doubles game held one ball in our shorts pocket while serving while the partner held the third in his. Of course, we didn’t have people on the court who would chase down stray balls and hold on to them until we were ready, but the pros do.

And yet, everyone but Serena takes at least two, usually three, balls to the service line. Then they act like they’re inspecting the completely identical balls before returning one to the ballperson and one to their pocket. The problem for women is they don’t have pockets in their outfits — especially the personally designed clothing Serena wears — so they tuck the second ball under the leg band of their shorts or panties. Why do that when, if you fault on your first serve, you can just turn around and have another ball tossed to you immediately?

For that matter, why do it if you’re a guy? Everything else in your pampered professional athlete life is provided for you — clothing, rackets, sweat bands, shoes, socks — why stick with the old uncomfortable way? I’m sure a big part of it is tradition. That’s the way you’ve always done it, and jocks don’t like to change their habits, particularly if they’re winning, but once you see a champion like Serena doing it differently, perhaps you should try it, too.