Shep Gordon “They Call Me Supermensch” 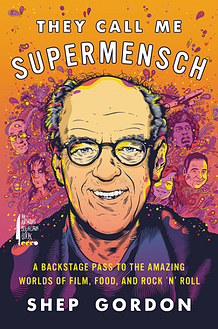 What do Alice Cooper, Groucho Marx, Raquel Welch, Blondie, The Pointer Sisters, and Kenny Loggins have in common? They were all managed by Shep Gordon, who has led an amazing life, which was the subject of a 2013 documentary by Mike Myers called “Supermensch” (I reviewed it here). Now Gordon is telling more of his life story in an autobiography, “They Call Me Supermensch.” I enjoyed reading it, so I invited him to come on my show to discuss:

Shep Gordon will be in St. Louis to talk about “They Call Me Supermensch” at the Jewish Book Festival on Saturday, November 19th, 2016.