Stop With The Slapping 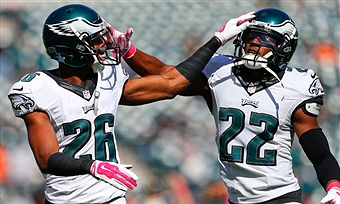 If the NFL is really trying to do something about concussions, how about telling the players to stop smacking each other in the heads?

I’m not talking about on the field during a play. I’m talking about after it’s over, when someone has made a big catch or a key defensive stop and is congratulated by teammates who slap him in the helmet. Or worse, a head-butt. They even do it to each other during pre-game warmups.

I understand it’s not as jarring as a head-to-head hit between opponents going full speed, but it can’t be healthy to have your noggin banged like a conga drum that often. Give’em a shot in the shoulder pads instead.