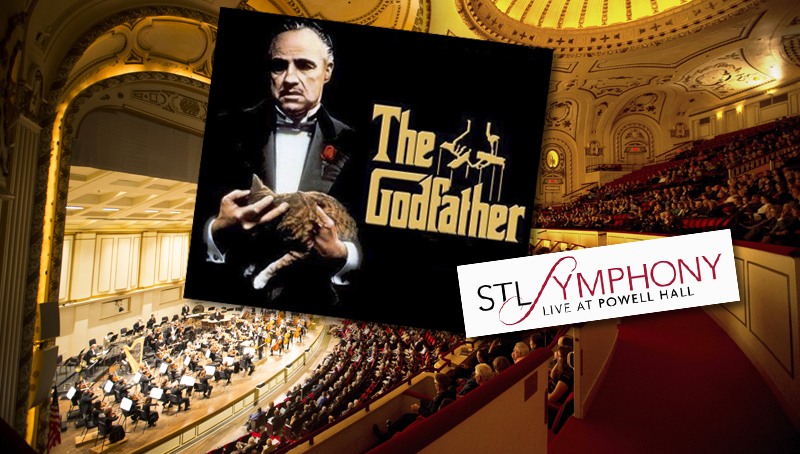 Last night, my wife and I went to see the St. Louis Symphony perform the soundtrack to “The Godfather” as the movie was shown on a big screen over their heads. We’ve done this before when they’ve played along to a compilation of Pixar movies, as well as Charlie Chaplin’s “Modern Times” and “City Lights.” We’ve also attended the Symphony many times in non-soundtrack performances, and it’s always a thrill to hear its brilliant musicians playing flawlessly in such an acoustically perfect environment.

We were also happy to see a younger audience enjoying it — many of whom may have been watching it for the first time — along with the Symphony’s usual demographic of folks like us (middle-aged and older). The challenge for me was not to speak the dialogue out loud along with the movie, which I’ve seen more than a dozen times, though probably the first time on a big screen since its original release in 1972. It was a terrific experience, but I was annoyed at something.

When the final scene in “The Godfather” ended and the credits rolled, a lot of people got up and left — while the Symphony was still playing!

This wasn’t a screening of a movie at the Megaplex Theaterplex Movieplex. You weren’t there just to see the movie. You could have stayed at home on your couch and watched “The Godfather” on your TV without bothering anyone. This was at Powell Symphony Hall, where you paid a pretty good sum of money for the unique experience of hearing world-class musicians play along with the movie, and you leave before they’re finished?

I don’t know what your rush was, but there was no excuse for interrupting the experience for the rest of us as we were forced to stand up and let you get to the aisle as you blocked our view of the orchestra. Some of these rude idiots even pulled out their cellphones along the way. While the Symphony was still playing!


Fortunately, the early-departers were in the minority. The rest of us (the ones with manners) waited until the final note, then gave the Symphony a standing ovation as the conductor pointed out various players whose talent had been featured — including some on instruments that are rarely part of a Symphony performance, like the mandolin and accordion.

If you’ve never been to Powell Symphony Hall to hear them, you should. But if you go on one of the nights they’re playing along with a movie — including tonight, when they will reprise their play-along performance of “The Godfather” — stick around through the credits and give the musicians the acclaim they deserve.