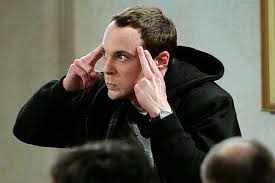 You complain about unlikable characters like Llewyn Davis and P.L. Travers, but I’ve heard you say you’re a big fan of “The Big Bang Theory,” whose central character — Sheldon Cooper — is more annoying than both Davis and Travers combined. How do you explain that?

While I don’t agree with the math, there’s no doubt that Sheldon is immensely irritating, and it’s hard to believe that the other people in his universe would put up with him for a day, let alone year after year. However, there are plenty of examples of Leonard, Penny, Raj, and especially Howard putting Sheldon in his place. Not to mention his mother, played perfectly by Laurie Metcalf, and Raj’s sister Priya when she had a recurring role. You also have to remember that “The Big Bang Theory” is a sitcom, so Sheldon’s rudeness is often played for laughs, whereas “Inside Llewyn Davis” and “Saving Mr. Banks” are dramas in which the lead characters are always serious but never taken down a notch by anyone.

I’d also argue that “The Big Bang Theory” has evolved, thanks to the addition of the newer members of the ensemble (Bernadette, Amy, and Stuart), who allow the show to rely less on Sheldon’s anti-social behavior and more on relationships between couples and friends. I’ll bet that there are lots of viewers who care more about what Leonard and Penny are up to each week than the foibles of Dr. Cooper.