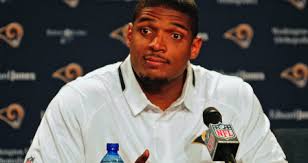 After Michael Sam was drafted by the St. Louis Rams last weekend, becoming the first openly gay man chosen by an NFL team, the Oprah Winfrey network announced that it would do some sort of reality show or documentary about him. But by the end of the week, the project had been “postponed.”

Why, and was it a good idea in the first place? On my America Weekend show, I talked it over with Andy Dehnart of Reality Blurred. As Andy reported on his site, Sam would have been far from the first active NFL player involved in a reality show.

We also discussed the finale to this season of “Survivor,” which will air Wednesday night on CBS. Listen, then click here to subscribe to these podcasts via iTunes!