The Movie About The War Hero 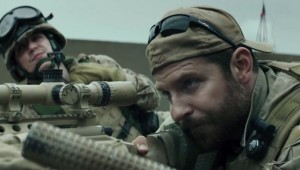 There hasn’t been as much discussion of the movie about the war hero as I thought there would be.

While Kyle’s marksmanship may have saved hundreds of lives, there can be no doubt that Turing’s work, in developing the world’s first computer and using it to decipher coded messages the Nazis used about troop movements and war maneuvers, saved millions of lives. His accomplishments are credited with helping bring the war to a much earlier resolution than it otherwise would have.

Yet most Americans were never taught about Turing’s story. I’d never heard of him until seeing “The Imitation Game.” Part of the reason may be that his work was kept secret for decades, so he could never write a tell-all of his exploits. Kyle, on the other hand, did write a book about his life, war experience, and battles with post-traumatic stress disorder. It was a bestseller and brought him national attention. When Kyle died at 38 at the hands of another veteran he was helping, his funeral was attended by tens of thousands at Cowboys Stadium in Dallas. He was considered both a hero and a man’s man.

Turing, on the other hand, was gay — at a time when that was against the law. Like 60,000 other British men of his era, he was prosecuted (which meant losing his security clearance, and thus his career) and offered the choice of jail or chemical castration. He chose the latter, which led to his death a couple of years later at age 42. That may seem extreme, but remember that our government kept thousands of gay Americans from having a role in the US military until just a few years ago.

It wasn’t until the 1960s that his academic contributions to the birth of computers were acknowledged with the creation of the Turing Award, still given annually by the Association of Computing Machinery — but even then, his role in helping end World War II was kept secret for two more decades before his achievements were unclassified and he began to get some of the recognition he deserved.

I have no problem with “American Sniper,” which is a well-made story about a man, his gun, and the travails of war. Bradley Cooper is terrific as Kyle and Sienna Miller is equally good as his wife. But when we talk about war heroes, we shouldn’t forget the man so superbly played by Benedict Cumberbatch in “The Imitation Game” — Alan Turing.

We have lots of opportunities to cheer for Navy Seals, Marines, and other soldiers, but it’s not too often that we get to praise brilliant, life-saving mathematicians.

Lots of right-wingers went batshit when celebs like Michael Moore and Alec Baldwin made remarks they considered negative about “American Sniper” and Chris Kyle. This is such hypocrisy, especially exemplified by Dean Cain, who was famous for a little while 20 years ago. As a friend of Kyle’s, Cain took their remarks personally — and threatened Moore and other critics of the movie with bodily harm.

This, not long after most on the right (and the left) were shouting about how we need to protect freedom of speech in light of the Charlie Hebdo and “The Interview” stories. You can almost hear Cain and other loudmouths not connecting the dots in their own pronouncements: