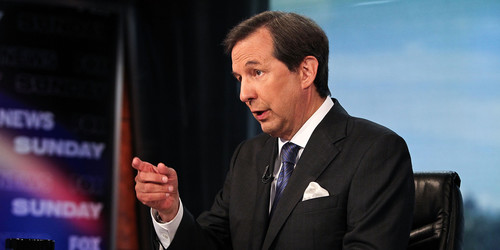 Chris Wallace has announced the topics he plans to ask Clinton and Trump at their final debate this Wednesday night. They include: the debt and entitlements; immigration; the economy; the Supreme Court; foreign hot spots; and fitness to be President.

In other words, absolutely nothing new — and not one of the topics I suggested a week ago: climate change, mental health, the opioid epidemic, legalizing medical marijuana, making student loans more affordable, banks that are too big to fail, and whether NASA should get more funding for a manned Mars mission.

Instead, we’re going to get the same answers (and attacks) from the candidates that they’ve given at the two previous debates and many times in their stump speeches. How will that help anyone or add to the national conversation?

Speaking of candidates, you probably don’t know the name Evan McMullin, but there’s a chance he might become our next president. Okay, it’s only a miniscule shot, but if he can take Utah — where he’s polling just behind Trump and Clinton — FiveThirtyEight says there’s a long-odds possibility that he could be chosen (not elected!) for the highest office in the land.