August is typically a bad time for movies, and as it comes to a close, here are three in particular that fouled the entire month for me:

1) “Ricki and the Flash.” Meryl Streep is Ricki Randozzo, leader of a cover band in small town California, with Rick Springfield as her lead guitarist/lover. Ricki moved to Los Angeles many years ago to to find fame, leaving behind a husband and three small kids, and it didn’t work out so well. She’s broke, so she works as a cashier at Total (not Whole) Foods, but barely makes ends meet.

One day, ex-husband Pete (Kevin Kline) calls to say their daughter (Mamie Gummer, Streep’s real-life offspring) tried to commit suicide after her marriage failed. Ricki flies to Indy, where she stays in the guest room of the huge upper-class house of successful but boring Pete and second wife/supermom Maureen (Audra MacDonald) to help out. There are also two adult sons, both walking stereotypes: one about to be married to a straight-laced fiancée, the other gay, just to give Ricki something to disapprove of.

It’s the kind of movie where Ricki finds a bag of weed in the refrigerator in the first hour, so you know she and Pete will smoke it later and collapse in stoned middle-aged hysterics (which aren’t funny for anyone else, including the audience). Didn’t Kline already do that scene three decades ago in “The Big Chill”?

Diablo Cody’s script was a disappointment, because it doesn’t rise to the high standard she set right out of the box with “Juno” and “Young Adult.” “Ricki and the Flash” was directed by Jonathan Demme (“Silence of the Lambs,” “Something Wild”) who proved he can film a rock concert in the Talking Heads movie “Stop Making Sense,” but here left in way too many full songs, as if to prove that Streep can sing. Okay, we get it, Meryl can do anything, but in a movie that’s barely 90 minutes, five tunes performed in their entirety seems more like filler — and it is, because the plot is so thin.

One positive: Streep’s band includes a couple of real veteran musicians: drummer Joe Vitale, who played with Crosby Stills and Nash on their first album and many other projects, and keyboardist Bernie Worrell, who was a longtime member of George Clinton’s Parliament/Funkadelic. But even though they sound great, they can’t make “Ricki and the Flash” worth your time. 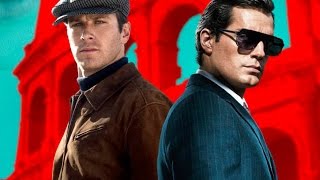 2) “The Man From UNCLE.” I’m old enough to have watched the original show on NBC in the mid-60s, when I enjoyed the weekly stories of secret agents involved in global espionage. Hey, I even watched the Stephanie Powers spinoff “The Girl From Uncle.” Okay, I was only 8 at the time, but what was I thinking?

I happened to catch an episode of the original series on MeTV a few weeks ago and, boy, does it not hold up. The story was asinine and the performances by Robert Vaughn and David McCallum redefined the word “stiff.” Apparently, someone in Hollywood thought that defunct series was worth reanimating as a big-screen adventure. Whoever that was should be forced to go back and binge-watch every episode — not as inspiration, but as punishment.

Since no one under 50 has even heard of the series, this movie starts at the beginning, with the story of how American agent Napoleon Solo and Russian agent Ilya Kuryakin were forced to work together. As Solo, Henry Cavill (who I hated as the new Superman) displays even less personality than Vaughn did. Meanwhile, Armie Hammer overdoes it as Kuryakin, with a Russian accent nearly as bad as John Malkovich’s in “Rounders.” The female lead is Alicia Vikander (“Ex Machina,” in which she was better than the movie), and Hugh Grant has a small role as Mr. Waverly, who seems to have been given random authority over Solo and Kuryakin while waiting for someone, anyone, to write a decent rom-com script for him.

You don’t need to know the details of “The Man From UNCLE” plot, but suffice it to say that the two agents have to save the world from someone with a nefarious plot to blow up and/or take over the world. Yawn.

Director Guy Ritchie tries to squeeze a few laughs out, but fails badly, especially in a scene where the two male agents argue over fashion while helping Vikander shop for clothes. Why? I have no idea. Moreover, he made the mistake of setting the story in 1963 during the cold war, when it would have worked better — and been more relatable — if they had been two modern-day secret agents working together.

My worst criticism is that the action sequences — which should be the main selling point of an action movie — don’t grab you. They’re all too predictable, and “The Man From UNCLE” comes off as nothing more than a bad ripoff of a bad Bond film. 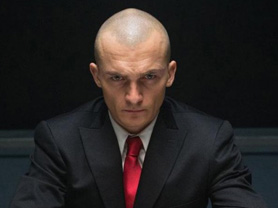 The plot is so convoluted that the easiest way to describe it is as the bastard son of “Terminator 2” and any Jason Bourne movie. Agent 47 (played by Rupert Friend, he has no name, just a number) is one of a group of hit men who have been engineered to have no fear, emotion, or attachments – they’re only interested in killing their targets.

As the beginning, Friend is stalking Katia, who’s being protected by Zachary Quinto. Then it turns out that Rupert’s the good guy and Zachary’s the bad guy — a rival hitman, but with a poly-metal layer under his skin, so shooting him is no good. There’s your “T2” ripoff. Then we learn that a “syndicate” wants to get Katia because her father invented the agents in a program that’s been disbanded, but the syndicate wants to start running again. And now we’re in Bourne’s arena.

I didn’t care about any of the characters. The action sequences are okay but totally predictable (good guy fires one shot, hits everyone, bad guys miss with dozens of shots). Like “The Man From UNCLE,” this was probably supposed to be the start of a movie franchise, but I’d be surprised if there’s even one sequel — to either of them. Rating: 2/10.