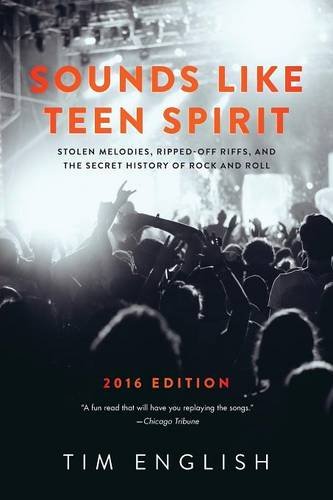 Tim English has spent years studying stolen melodies and ripped-off riffs, which he has compiled in a wonderful book called “Sounds Like Teen Spirit.”

On my show, we discussed famous cases like Marvin Gaye’s family suing Robin Thicke over “Blurred Lines,” Tom Petty going after Sam Smith because “Stay With Me” sounded too much like “I Won’t Back Down,” and others. Tim says the group with the worst record of plagiarizing other people’s music is Led Zeppelin, so we played samples of three of their most iconic songs and the originals they were taken from. I played an example of a musician who plagiarized himself: Steve Miller, and we revealed ripped-off riffs by Coldplay, John Lennon, and Bob Marley (who seems to be echoing a classic kids TV theme).