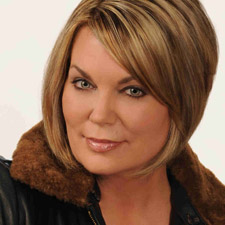 Tracy Crow joined the US Marine Corps in 1977, at a time when men outnumbered women by more than 20 to 1, and she wasn’t allowed to go through combat training.  Still, she stayed in the corps for a decade, married an officer, and then was discharged after having an affair with a prominent general.

Today on KTRS/St. Louis, she joined me to tell some of the stories she’s shared in her memoir, “Eyes Right: Confessions From A Woman Marine.”  We discussed why she wanted to be a Marine in the first place, the abuse she took from the men on the bases, how she and the General were treated differently when their affair was uncovered, and whether things are different for women Marines now.”