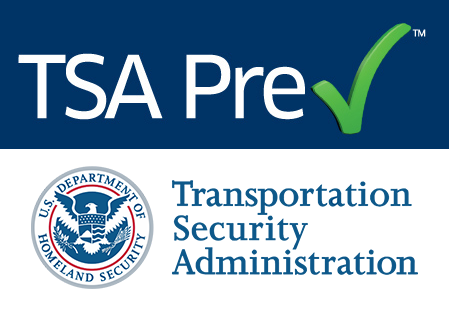 I read recently that the private company that does the processing for TSA Pre applications has a tremendous backlog.

In case you’re not familiar with it, TSA Pre is a program where fliers can move through security more quickly without having to take laptops out of carry-on luggage or remove their belts and shoes. You also pass through a regular metal-detector instead of one of the ridiculous backscatter devices that send nude photos of you to some back room.

There are some airports that don’t have separate lines for TSA Pre (including LaGuardia, of course!), but for the most part it’s a pretty good deal, considering it’s faster than the regular line and valid for five years. To qualify, you have to pay $85, answer a questionnaire, and then submit to a background check with your fingerprints.

Although I view everything the TSA does as nothing more than security theater, because I fly a lot, I think of it as $17/year that’s well spent to keep from being bogged down behind hundreds of other people.

Now, about that backlog…when I heard the news, I secretly cheered. You see, I don’t want a lot of other people to sign up for TSA Pre. At the moment, it’s like being in a semi-secret club. Although its population has grown in the last couple of years, it’s still at a manageable size, but if millions more fliers sign up, we’ll be right back to the congestion level of the non-TSA-Pre queue.

So, let me change my review of the TSA Pre program. I have now decided it is nothing but an Orwellian system of governmental surveillance and privacy invasion you should not put up with. Don’t sign up for it. Don’t make the backlog go away.

In fact, take the bus. I hear the lines are much shorter.