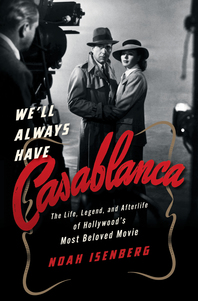 Noah Isenberg has written “We’ll Always Have Casablanca,” to mark the 75th anniversary of one of the most beloved movies of all time. On my show, we discussed: