What Happened In Benghazi? 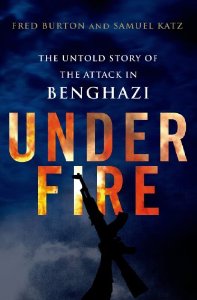 This Wednesday will mark the 12th anniversary of the 9/11 attacks on America, but also the first anniversary of the attack on the US consulate in Benghazi, Libya, that took the lives of Ambassador Chris Stevens and 3 other Americans. On my America Weekend show today, I spoke with Samuel Katz, co-author of the new book, “Under Fire: The Untold Story of the Attack in Benghazi.”

We discussed why there was so little security at the consulate, how other countries had previously abandoned the city, and how the personnel inside the compound reacted. Listen, then click here to subscribe to these podcasts via iTunes!