When My Daughter Grows Up, Her Life Won’t Include… 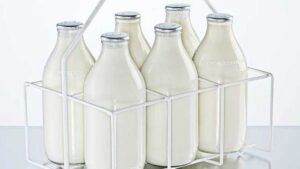 When my daughter was eleven, I started making a list of all the things from my own life that will never be part of hers. It was inspired by my brother telling me that he’d been in the car with my two nephews, and when they reached their destination, he told them to “crank the windows up.” The two boys had never heard that expression, and my brother realized it’s because they had never been in a car without electric windows. Sure, they exist, but not in the world of those kids, who were then under seven years old.

I published the original version of the list on the Op-Ed page of the St. Louis Post-Dispatch on June 9, 2005. Since then, I’ve thought of a few more, and the list has grown to include:

Bottles of milk with paper caps delivered by the milkman.

Kids delivering newspapers after school in places that had an afternoon paper. Having to go to each home/apartment to collect. Comic strips in newspapers, which they don’t even see any more.

Movies on videotape. Remembering to “Be kind, rewind.”

Rabbit ears on top of the TV. Using pliers to change the channel because the knob’s broken. Getting up to change channels. Wired remote controls. Waiting for the TV to warm up. Having to watch a show when it airs or missing it forever.

Cameras with thumbwheels to advance the film. Cameras with film. Waiting for film to be developed to see if the photos looked good. Flash bulbs, flash cubes, flip flash.

Film strips at school with a next-frame beep that every kid could imitate and drive the a/v guy crazy.

Knowing the phone number to call for time and weather. Looking in a phone book for the number of a business. Playing songs on the buttons of a touchtone phone.

Seeing people wearing pagers on their belts. Answering machines that you check as soon as you get home.

Going to the library to use an encyclopedia. Copying something out of the World Book for a school assignment. Microfilm. “The Reader’s Guide to Periodicals.”

Gas stations with the rubber hose that dings when you drive over it. Gas for under a buck a gallon. Free drinking glasses with a fill-up.

Rear car windows that open all the way. A foot switch to activate bright headlights. Cars with wing window vents in front. Cars with bench front seats. Watching a car’s analog odometer roll up from a number ending in 999 to 000.

Scoring your own bowling game. Women wearing swim caps at the pool. Only boys playing sports at school. Lawn darts.

TV weather reports without Doppler radar. TV weather forecasters who use stick-on pictures of sun and clouds. TV news that’s only on in the evening. TV stations that sign off in the middle of the night.

Prices on food items at the supermarket. Jiffy Pop you shake on the stove. Coffee cans with keys. Coffee percolators on the stove.

Metal ice cube trays. Defrosting the freezer with a turkey baster and a yardstick. Yardsticks with furniture store names and logos. Yardsticks.

Rubbers — the ones that go over your shoes.

Listening to great Top 40 DJs being funny while talking up every song right to the vocal.

Car radios with an analog tuner dial. Tuning across the radio dial and hearing signals coming in and out.

Using a standalone calculator. Using a tube tester in a hardware store. The “thunk” of the Sears catalog being delivered to your door.

Pulling out a drawer to look through the card catalog at the library. Having to fold up a big paper map. Getting directions for a road trip from AAA on a Trip Tik.

Using a key to open a car door or trunk. Holding down the rear license plate to fill the gas tank. A manual transmission with a shift knob on the steering column. Non-power steering.

Those retail credit card machines that made the “clunk” noise as the clerk moved the car that transferred the number from your embossed card onto carbon-paper receipts.