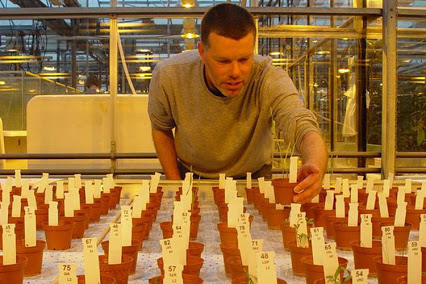 Wieger Wamelink is a scientist at Wageningen University in the Netherlands, where he has been doing research for the Mars One project. In particular, he’s been trying to figure out if it’s possible to grow food in the Martian soil. After he published some positive results this week, I invited him to discuss them on my show.

Wieger explained which vegetables he’s been able to grow in his Martian-analog soil, and whether they’ll be healthy for humans to consume. We talked about how you create soil like that on Mars, how you protect the plants from solar radiation, and how they will be pollinated on a planet with no insects. I also asked him whether the Mars One crew will have to take fertilizer or can use human waste — as Matt Damon’s character Mark Watney did in the movie “The Martian.”