You’re In The Way 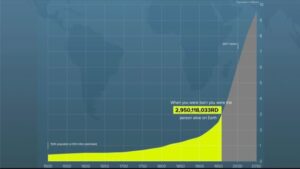 When I was born in July, 1958, there were just under three billion people on this planet. This week, our global population passed eight billion humans. What I want to know is why won’t most of you get the hell out of my way?

When I was in Las Vegas recently, I was shocked at the number of people strolling along who simply stopped in the middle of a sidewalk, oblivious to the large stream of other humans behind them. In several instances, a group of four or five gathered in everyone’s way without giving a thought to those of us who had to go around them.

This is not purely an American phenomenon. I noticed the same thing happening on sidewalks and in plazas during our trips to Spain and Portugal in September.

You’d never stop your car in the middle lane of a busy road, so why stop your body in the equivalent on a pedestrian thoroughfare? Move over to the side and let the rest of us through!

Don’t even get me started on the rude schmucks waiting for an elevator who stand directly in front of the door as it opens instead of letting those inside exit first.