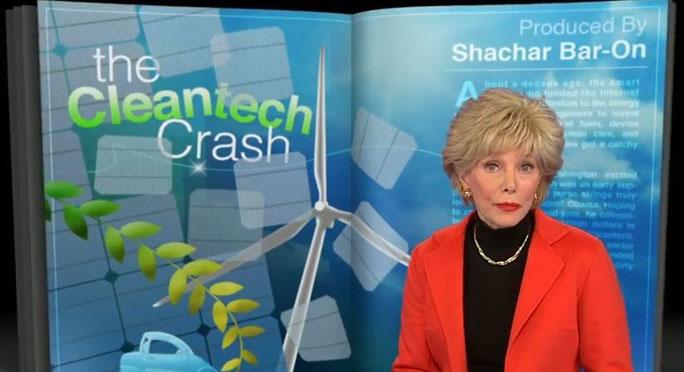 Last week, Lesley Stahl did another one of her mistake-riddled reports on “60 Minutes.” This one was about a conclusion she reached before doing the story about how clean tech is dead — except that it isn’t. The newscast, once the gleaming jewel in the CBS News crown, has been on a downswing lately after the retracted report on the Benghazi consulate attack, the softball-filled story about NSA spying, and the puff piece on Amazon and its drone plans. It’s too bad, because “60 Minutes” used to have a well-deserved reputation as one of the bright spots in all of journalism.

On my America Weekend show, I invited The Nation’s Zoe Carpenter to talk about the errors in Stahl’s clean tech piece, from how well the industry is actually doing, how government seed money does make the industry grow, and how clean tech does create jobs (despite Stahl’s poorly-researched claims).