A Drop In The Bucket 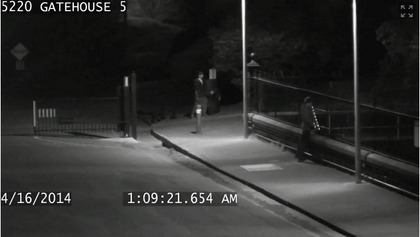 The teenager who was accused of peeing in a drinking water reservoir in Portland did an interview yesterday with a local TV reporter. I can’t embed it, but it’s worth watching here. Two things that amused me about this:

There was no valid reason for Portland drain that reservoir because of the incident. Even if the teenager did pee in the water, his output was nothing compared to the 38,000,000 gallons of treated water in the reservoir. As Laura Helmuth wrote in Slate:

Several smart people on Twitter quickly did the math and figured that a typical urination of about 1/8 gallon in a reservoir of 38 million gallons amounts to a concentration of 3 parts per billion. That’s billion with a b. For comparison, the Environmental Protection Agency’s limit for arsenic in drinking water—arsenic!—is 10 ppb.


The EPA doesn’t appear to have a limit for urine in drinking water, but it does limit nitrates in drinking water to 10,000 ppb, and urine does contain a lot of nitrogen, so let’s use that as a proxy.


How many times would that teenager have to pee in a Portland reservoir to produce a urine concentration approaching the EPA’s limit for nitrates in drinking water? About 3,333 times.

Believing his urine fouled the water is the same bad belief system that sells homeopathic products. Like them, this was a small quantity diluted in a huge quantity to the point where it had no effect — other than the psychological effect of hearing that someone had peed in the water. But when it’s an open, outdoor reservoir, there are certainly other disgusting things already in the water, such as bird droppings.

They don’t drain the reservoir for that — even if the birds do it on a dare. Like a certain 19-year-old in Portland.