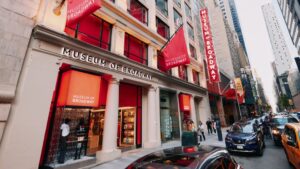 If you find yourself in New York City anytime soon, set aside a couple of hours to visit the brand new Museum Of Broadway. My wife and I went on our recent trip and had a great time walking through the exhibits and remembering the many shows we’ve seen. There’s a little bit more focus on musicals than straight plays, but that’s understandable since those are the shows that bring in the tourists. Still, lots of fun. 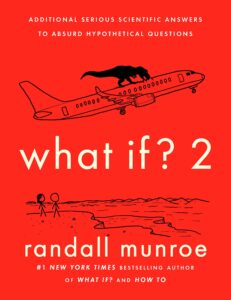 Randall Munroe is a physicist who used to work for Google before publishing his xkcd comic strip and then a few years ago, publishing a book of scientific answers to absurd hypothetical questions. That was called “What If?” and I enjoyed it so much I blazed through it in a day. Now Munroe is back with the sequel, taking on such queries as whether you could build a pole from the moon to the earth and just slide down, what would happen if you were standing on Old Faithful when it erupted, and is it possible to fill a swimming pool with human saliva? Munroe answers them all seriously, often taking things past their logical conclusion, and it’s all accompanied by his wonderful stick figure drawings. As with the first volume in the series, I couldn’t get enough, so I can’t wait for the third. 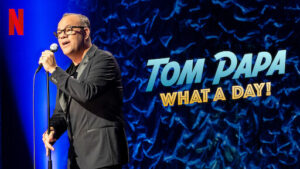 If you’re looking for something funny to watch, check out Tom Papa’s latest Netflix special, “What A Day.” As he did with his previous hour, “You’re Doing Great,” Papa had me laughing out loud several times. He’s a very clever writer, and I love his delivery. The only thing that’s a bit off is that the announcer who introduces him makes it sound like he’s a pro wrestler, while Papa is exactly the opposite, a mild-mannered guy who says funny things. 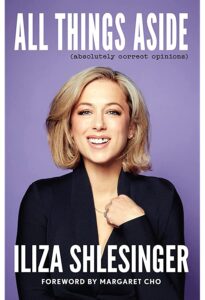 Speaking of comedians I enjoy, I just finished Iliza Shlesinger’s new book, “All Things Aside.” Having seen all of her Netflix specials, I heard her voice as I read the book and found myself giggling frequently, to the point where I’d get Martha’s attention and read a paragraph or two out loud. Shlesinger’s so smart and unafraid to touch on topics few others do, including going through a miscarriage before finally having a baby, and the repercussions of both. I look forward to seeing more from Iliza, both in print and on stage. 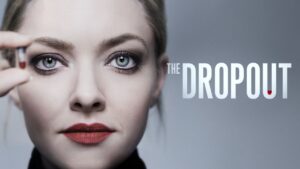 I finally caught up with “The Dropout,” a limited series on Hulu about Elizabeth Holmes, the woman behind the Theranos scandal. Amanda Seyfried won a well-deserved Emmy for playing her, and it was nice to see “Lost” veteran Naveen Andrews back on my TV screen as her lover/co-conspirator, along with a supporting cast including William H. Macy, Elizabeth Marvel, Laurie Metcalf, Sam Waterston, Anne Archer, Stephen Fry, Bill Irwin, Kate Burton, Mary Lynn Rajskub, and Lisa Gay Hamilton. Watching the series reminded me of Jed Rothstein’s documentary “WeWork: Or the Making and Breaking of a $47 Billion Unicorn,” in that both Holmes and WeWork’s founder, Adam Neumann, were able to fool supposedly smart people into investing hundreds of millions of dollars in their companies while convincing sycophantic employees to cheer on absurd proclamations of success they knew weren’t true.