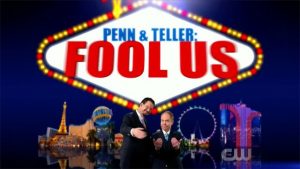 We’re huge fans of Penn & Teller’s “Fool Us” and have seen every episode going back to its premiere on British TV before moving stateside.

Because of the coronavirus, this season was shot without an audience in their theater at the Rio in Las Vegas, but with a virtual wall of viewers behind them. You’d think that might hurt the energy of the show, but it hasn’t. Also, the producers were very smart to allow some of the performers — who couldn’t travel to the US because of the pandemic or perhaps other reasons — to do their routines via video feeds from around the world. That has opened up the production in a nice, unexpected way.

But here’s an idea they haven’t exploited yet, to my surprise. Why not put together a traveling stage show with some of the acts that have fooled P&T over the last decade? Model it on “The Illusionists,” a show that had a successful Broadway run before going on National Tour. We saw it when it came to the Fox Theater in St. Louis with about a half-dozen magicians each doing 20 minutes or so. Not every act was great, but on the whole, it was a very enjoyable evening.

Though not every magician would be compatible with such a tour, there has certainly been enough talent among the “foolers” to compile a similar stage show.

After the vaccines accomplish their magic and make it possible for all of us to be in theaters again, of course.