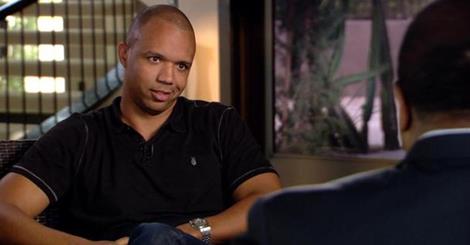 Several months ago, I wrote about Phil Ivey — one of the world’s best poker players and a high-stakes gambler in other casino games — and his battle against two casinos over millions of dollars he won playing Punto Banco, a form of Baccarat. Ivey used edge-sorting, which he calls “advantage play” and the casinos call “cheating.”

Last week, Ivey lost a lawsuit against London casino Crockford’s, which refused to pay him his winnings. He is still fighting Atlantic City casino The Borgata, which paid him and now wants its money back. On an episode of Showtime’s “60 Minutes Sports” that is airing this month, Ivey sat down with James Brown to defend his actions, claiming that it can’t be cheating if the casinos accede to his requests. His logic is that they want his money, and he wants theirs, and as long as he doesn’t break the law, it’s their fault when they lose to him.

I can’t embed that “60 Minutes Sports” segment, but if you have Showtime, set your DVR to catch it as it replays several times in October. You’ll notice that no one from either casino appears in the piece, which is not unusual because both cases were still pending when it was shot, but their absence means only Ivey gets to tell his story — thus gaining the advantage again.