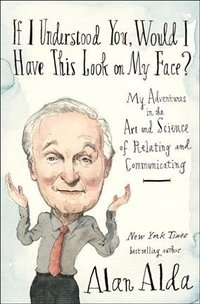 Here’s my conversation with Alan Alda, who you may know from his 11 years on “M*A*S*H,” or his 11 years on “Scientific American Frontiers,” or his movies “The Seduction of Joe Tynan” and “Sweet Liberty,” or his Oscar-nominated role in “The Aviator.” He now runs the Alan Alda Center For Communicating Science at Stony Brook University, and writes about that experience in his new book, “If I Understood You, Would I Have This Look On My Face?”

We also talked about why Alda hasn’t directed a movie since 1990, a writer’s revenge on “M*A*S*H,” and his relationship with George Plimpton while making “Paper Lion” in 1968.