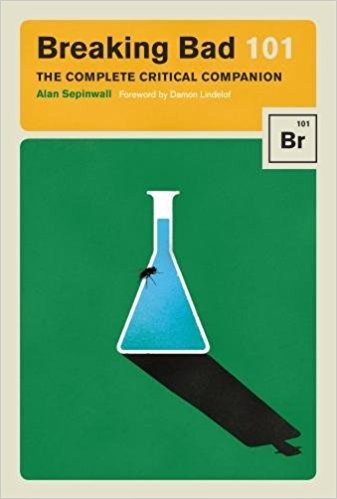 Last year, I talked with critics Alan Sepinwall and Matt Zoller Seitz about “TV: The Book,” in which they ranked the greatest TV shows of all time. Deservedly, “Breaking Bad” was near the top, and now Alan has published “Breaking Bad 101: The Complete Critical Companion.”

It’s full of the episode recaps he wrote during the five years the show aired on AMC, plus some insight from showrunner Vince Gilligan, stars Bryan Cranston, Aaron Paul, and Anna Gunn, and many others. If you’ve never seen “Breaking Bad,” you can read each chapter after watching the corresponding episode (or after binge-watching a bunch of them). If you’ve already watched the whole series, Alan’s recaps will not only remind you of what you watched, but also fill in some holes of things you missed.

In our conversation we touched on: