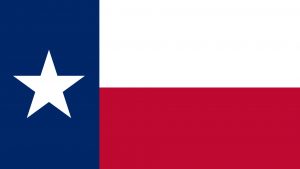 Dana Milbank says if Texas really wants to secede from the USA (again!), we should all say, “Good riddance!”

The Lone Star State does not have the best track record as a sovereign power. The Republic of Texas survived only 10 years from independence to annexation by the United States in 1845. Texas seceded during the Civil War — and, with the rest of the Confederacy, was crushed.

But, as the saying goes: If at first you don’t secede, try, try again. The Texas GOP now wants the state to vote on declaring independence.

And the United States should let Texas go! Better yet, let’s offer Texas a severance package that includes Oklahoma to sweeten secession — the Sooner the better.

Let’s see how their new nation survives without all the federal money flowing to them from the blue states. On a list of the top ten states ranked by federal dependency, eight are run by Republicans. At the other end of the spectrum, seven of the ten that depend least on federal funding are run by Democrats.

That’s gonna be a challenge for the new Texas-led theocracy, especially without a federal income tax, a property tax, and various business taxes. How long do you think it’ll be before they’re applying to Washington for foreign aid?