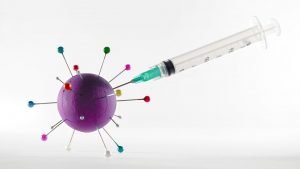 Last month, in a piece entitled “Forget About The Herd,” I wrote:

I have sympathy for those who want but haven’t had access to the vaccine for economic or geographic reasons and hope that outreach attempts can meet all of their needs. But that’s not the same as those who refuse to believe that science works, or prefer conspiracy theories to facts, or still play up political objections even though their cult leaders and their families have all had the shots. For them, no amount of urging and prodding from anyone in authority is going to change their minds because Tucker Carlson, Sean Hannity, and their Cult Leader have lied to them so often they buy into the bullshit.

The analogy I draw is of adults telling a child not to play in the middle of the street because they might get hit by a car. You tell them over and over until they understand, follow the advice, and find safer places to play. However, if that baby has grown up to be several decades old and still plays in the middle of the street, it’s no one’s fault but their own when they get plowed into by a neighbor’s SUV.

In a piece entitled “Vax Of Life,” Bruce Barry has similarly had it with people who refuse to get vaccinated, and insists we stop using the word “hesitant” to describe them:

With vaccines easy to get and yet rates of getting them leveling off, I’m thinking it’s time to shift our view of those who refuse to partake. For months we’ve packaged the various sentiments of those avoiding the jab into the polite and inoffensive notion of vaccine “hesitancy.” The dictionary defines hesitancy as “slowness in acting or deciding due to doubt or uncertainty.” Uncertainty I can grasp, but notice it doesn’t mention ignorance. Let’s face it: hesitancy rooted in ignorance isn’t hesitancy; it’s ignorance….

Medical and religious grounds for avoiding vaccination affect a miniscule number of people. Preferring natural immunity over vaccinated immunity sounds charming but makes little sense if you look at the science. Waiting for full CDC approval is an option you are welcome to pursue in the privacy of your own home. Same goes for those who see refusing vaccination as a way to live out their hatred of coastal liberals and educated elites.

I’m not denying the legitimacy of wariness early on about vaccines with complicated names based on unfamiliar technology—and suddenly there’s a smiling person in a mask offering to stick you with a sharp instrument. But at some point reasonable humans with minds of their own confront their apprehensions. They listen to reason, weigh evidence, and make choices. At some point vax skeptics have to grasp that nearly all serious COVID cases and deaths now involve the unvaccinated. At some point, irrational fears give way to sensible decisions. At some point, vaccine hesitancy becomes vaccine idiocy. Are we there yet?