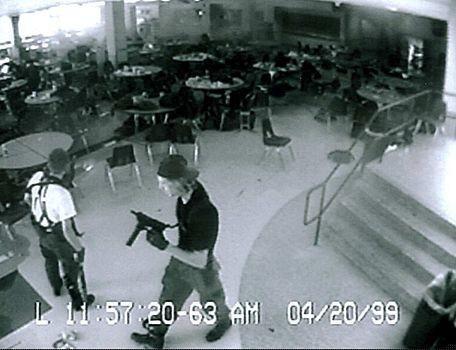 Next Monday marks the 10th anniversary of the deadliest high school shooting in US history. It was the massacre at Columbine, plotted and executed by Eric Harris and Dylan Klebold.

One of the first reporters on the scene was Dave Cullen, who has now put together the definitive book on the subject, simply entitled “Columbine.” Over the last decade, he has done hundreds of interviews, read the killers’ journals, talked with the FBI and local law enforcement, and looked at every detail of the story.

Today,I spent an hour with Dave talking about Columbine, particularly about the parts of the story which were wrong — from the Trench Coat Mafia, to Harris and Klebold targeting jocks as revenge for being bullied, to the other scapegoats the media fed us. We discussed the mistakes made by the sheriff’s department, how much blame should be placed on the boys’ parents, and the zero-tolerance school security policies that cropped up in the wake of the shootings.

Cullen also debunked other myths, including the one about the girl who was turned into a martyr by evangelicals after Eric supposedly shot her because she said she believed in God. As Cullen points out, even calling this a “school shooting” is wrong, because that wasn’t the plan. Harris and Klebold wanted to blow the place up and leave a lasting impression on the world.

If you think you know the story of Columbine, wait until you hear some of what Cullen uncovered. Listen, then click here to subscribe to these podcasts via iTunes!