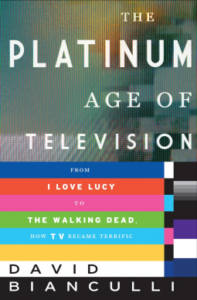 Here’s my conversation with David Bianculli, editor of TVWorthWatching.com and TV critic for NPR’s “Fresh Air,” about his new book, “The Platinum Age Of Television.” Among the topics we discussed: