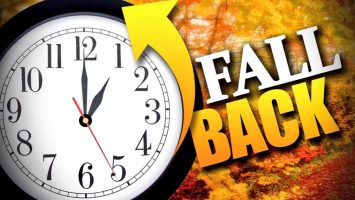 Yesterday, the United States Senate — which apparently has run out of important issues to work on, like banning the use of cilantro in all food — voted unanimously to do away with Daylight Saving Time. Or rather, to not Fall Back to Standard Time in autumn 2023, or ever again. I’m sure the House Of Representatives will give its thumbs-up to the bill, which President Biden will no doubt sign into law.

I have never understand the bi-annual whining about changing our clocks, mostly from people who claim it affects their sleep pattern. I’ll grant you that I don’t have a regular sleep pattern, and never have. Some days I’m up early, other days I sleep later. Even when I worked full time, I’ve never had the kind of schedule that permitted going to bed at a specific time, getting a certain number of hours of sleep, and waking up at the same time every day.

So, I can’t relate. But I also wonder whether the people who do keep that kind of schedule have ever changed it because they stayed up an extra hour to watch a football game on a Sunday night, or went out to a concert on a Tuesday night. What about the people who have babies that awaken them at any hour of the night? What about adults awakened by nightmares or snoring partners or bathroom visits? Do the rigid sleep schedulers never visit another time zone?

It’s not like we had to move the clock back thirteen hours — that would be a valid reason for lots of confusion. You’d wake up and not know if it’s morning or evening. I know what that’s like, having done enough morning radio plus afternoon naps to sometimes wake up twice in the same day in the dark and have to take a few minutes to find my bearings. But it took minutes, not an entire day. Or two.

Even worse are the people who complain about the one-hour time change when they get to work on Monday. Really? Your body couldn’t adjust over the course of 24 hours? Perhaps you should consult a physician. But don’t make that appointment too early, or it’ll throw off your entire month.

This is not the first time Congress has done away with the return to Standard Time. According to a recent piece by Andrew Beaujon in Washingtonian magazine, the most recent occasion was in December, 1973, during that decade’s energy crisis. It was Richard Nixon who signed the adjustment into law. But by the following summer, with Nixon no longer in the White House and after months of sending children to school in pitch black mornings, public sentiment had turned sharply against the idea. Congress reversed itself the following September and the new man in the White House, Gerald Ford, signed a new law revoking the old one.

Let’s see how long it takes this time.