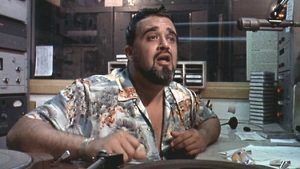 There was a time when teenagers wanted to go into radio. I’m talking about decades ago, when young people actually owned — and listened to — radios.

During my years in music radio (which began in the 1970s), I would occasionally get asked to speak to a high school class to explain what it’s like being in the business. I would tell them how I got my start in a school like theirs, sitting behind a microphone reading the morning announcements over the PA. Along with a dozen or so fellow students, we considered it a real radio station, and ran it like one, even though no one outside the building could hear it.

We had seven or eight minutes during homeroom to do news headlines, results of the school’s sports teams’ games from the day before, and maybe a movie or TV review. We got pretty good at it, with precision timing that ended just as the bell rang and both students and teachers moved on to their first period activities.

Eventually, the principal allowed us to play music into the cafeteria during lunch time from albums and singles we brought in from home. As I explained to the classes I spoke to, the only way to learn how to do it was to actually do it — the more we did, the better we got.

During those talks, I’d ask if anyone in the room wanted to be a disc jockey. Several hands would go up, and I’d pick one boy or girl and ask them to name their favorite song by their favorite band. Then I’d tell them to introduce that song as if they were on the air, keeping it short (maybe 15 seconds or so). When they finished, often to applause from their peers, I would instruct them to do the introduction a second time without saying the same thing. Then I’d make them do it a third time.

I wanted them to learn that if they went into radio because they loved music, they would grow to hate the most popular songs because they’d play them to death. When I started working at a Top 40 station, my shifts were five hours long, which meant having to talk up the same songs over and over again. And once I moved into full-time jobs, I not only had to think of new things to say about them numerous times in each shift, but multiplied by five or six days a week.

Oh, and you’d better think fast, since that song you came up with a fantastic intro for is probably only three minutes long and, when it’s over, you’ll have to do it again for the next one. And the one after that.