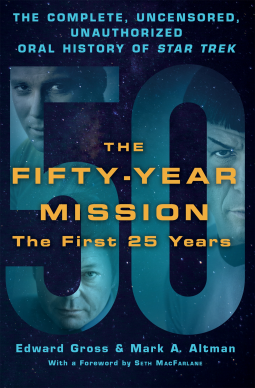 Here’s my conversation with Ed Gross, co-author (with Mark Altman) of “The Fifty Year Mission: The Complete, Uncensored, Unauthorized Oral History of Star Trek.” It’s a two-part project, starting with a volume covering the first 25 years, so that’s what we talked about, including: