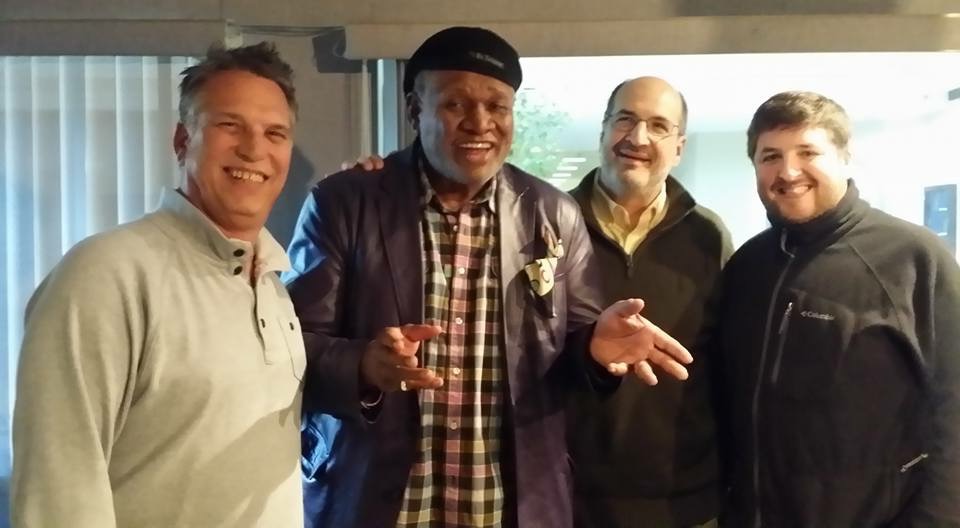 Comedian George Wallace stopped by the studio to promote his Saturday night appearance at Lumiere Place, and we had a great time. The free-flowing conversation rolled from the Super Bowl to Valentine’s Day, from his early days at Catch A Rising Star and the Comedy Store to opening for music acts like Tom Jones and Diana Ross, from his radio career to why he left Las Vegas after 10 years as a headliner.

With a guest like George, I don’t need to prepare a list of questions ahead of time. In our half-hour together, he was willing to talk about whatever subject came up, often taking the lead and steering the discussion from one topic to another.

And he remembered our names.

That may not seem like a big deal, but before he walked into the studio, George didn’t know that Ian and Dan and I work together. Yet once I introduced him to everyone, he remembered who each of us is and used our names casually several times in the course of the conversation. That’s a skill he has honed from decades onstage, where he interacts with audience members and refers to them by name in callbacks as he goes through his act. The best veteran comics have that talent; younger comics have to develop it. That’s what makes George Wallace a pro and a pleasure to be around.

Note: in our conversation, I mentioned the woman who was emcee at Catch A Rising Star circa 1980, the very funny Adrianne Tolsch, and said she had gone on to marry another comic named Bill something. At the time, I couldn’t remember his last name, but he is Bill Scheft, comedian and author who was the head monologue joke writer for David Letterman for a couple of decades (and is still married to Tolsch).

Note 2: if you missed George Wallace on Jerry Seinfeld’s “Comedians In Cars Getting Coffee,” watch it here.