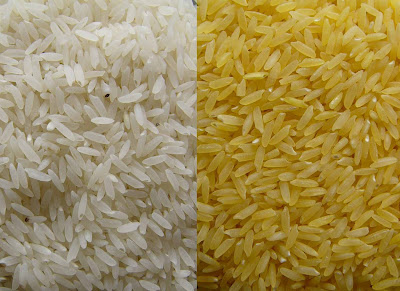 You’ve heard of white rice, brown rice, and long grain and wild rice. But you may not have heard of Golden Rice. It’s the brainchild of some scientists who recognized a problem and used genetics to try to solve it.

They recognized that in many rice-eating cultures in Asia and Africa, people were not getting enough Vitamin A (beta-carotene) in their diet. That was affecting their eyesight, with millions going blind. So they genetically modified rice with genes from corn and a bacterium to create Golden Rice, which creates Vitamin A in humans.

Unfortunately, anti-GMO groups who don’t understand science have been spreading lies about Golden Rice, and recently destroyed an experimental field in the Phillipines. Undeterred, scientists are continuing their work to save lives all over the world. One of those is Dr. Adrian Dubock, project manager for Golden Rice, who joined me today on America Weekend to explain why this new grain is literally a lifesaver.