Horace and Pete and Vinyl, Goodbye! 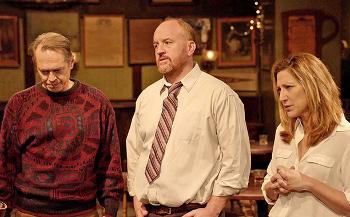 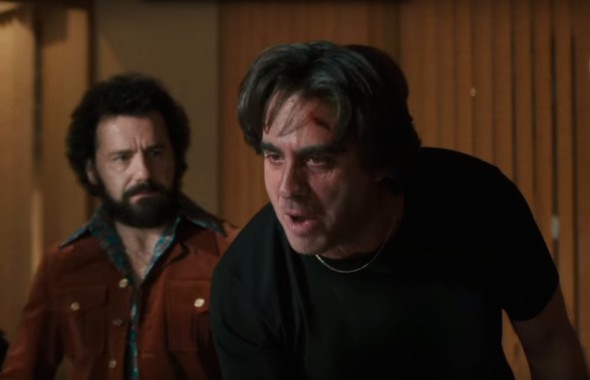 It’s very hard to make a show with a lot of likable characters, but until recently, I’d never seen a show with no likable characters. Unfortunately, Martin Scorcese’s “Vinyl” and Louis CK’s “Horace and Pete” both fit the latter category, and that’s why I’ve given up on them after just two episodes.

“Horace and Pete” is a project Louis is making himself. He writes, stars, directs, and distributes each episode on his own website. It’s a drama about two guys who own a dive bar in Brooklyn, and it has a terrific cast including Steve Buscemi, Alan Alda, Edie Falco, Jessica Lange, and Steven Wright. The problem is that Louis has written it as heavy drama with very few laughs and characters that evoke no empathy from the viewer.

When I watched his first episode, I thought it was going to be a self-contained show, but there was no denouement. When episode two rolled around, there still was no resolution to anything, just a bunch of new supporting roles thrown in around the slow-moving plots of the main characters.

It can be a very good thing when creative people stretch their comfort zones and try new things. We know Louis can do drama — witness his acting chops in “Trumbo” and “American Hustle” — but he lays it on so heavy in “Horace and Pete,” that it makes me wish he’d go back to devoting time to the mixture of comedy and drama he used in his FX series, “Louie,” which is on hiatus while he tries this new path.

Since Louis is handling distribution, he’s charging for downloads of each episode. I coughed up $5 for the first one and $2 for the second, but won’t give him the $3 apiece he’s charging going forward. In retrospect, he would have been better off making a deal with Netflix or Amazon Prime. As a subscriber to those services, it doesn’t cost me anything extra to try a couple of episodes of something new, then decide whether or not I like it and want to continue. But when a series hasn’t grabbed me after two shows, I’m done with it — especially if it will cost me more to see whether it redeems itself later on.

Since “Vinyl,” a new series from Scorcese and Terence Winter (who last teamed up on “Boardwalk Empire”) is on HBO, it wouldn’t cost me more to see future episodes, but its first two have been very uneven and unimpressive. Again, it’s not the cast’s fault. Ray Romano, Juno Temple, and Olivia Wilde are all good, but it seems like star Bobby Canavale and others (e.g. Max Casella) have been instructed to chew up as much scenery as possible — everything they do is way over the top.

Moreover, I find the whole texture of the series off-putting. It centers around the rock and roll scene in New York in the early 1970s, just before the punk movement launched. But for the 99% of us who weren’t there — and couldn’t care less about the influence of Andy Warhol — there’s very little to relate to in “Vinyl.” In previous Scorcese projects, we may have detested the protagonists — think “Goodfellas” — but still pulled for them in a twisted way. That’s not the case for any of the characters in “Vinyl.” Canavale’s record company owner is a coked-up jerk, his co-workers aren’t much better, and over the course of its first three hours, we’ve yet to be exposed to anyone with any redeeming qualities whatsoever.

Though the soundtrack is full of the standard issue classic rock deep cuts that typify any Scorcese project (the music licensing fees for this show must be enormous), it’s clear that no one involved in “Vinyl” actually knows much about the record promotion business — or music radio, for that matter. There was a ridiculous plot in the first episode with Andrew Dice Clay, as the owner of a chain of fourteen radio stations, who was in a fury over some perceived slight by the record company and Donny Osmond (!) which caused him to threaten to banish all of that label’s music from his airwaves. That would never have happened. Considering Mick Jagger is co-executive producer of “Vinyl,” you’d think he might know what a farce that plot point was — but you’d be wrong.

Watching “Vinyl” might not cost me any more money, but it’s a waste of my time and brain cells, so I’m done with it.