Hype, Nonsense, and Some People 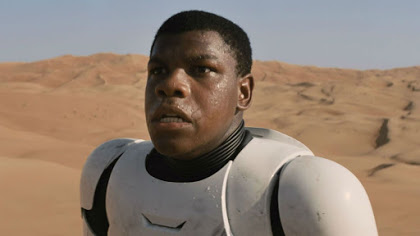 After seeing the new “Star Wars” trailer during Monday Night Football, so many people went online to buy tickets to the movie that they crashed the Fandango website. For a film that won’t open until December 18th — two months from now — this horde had to get their tickets now.

It’s not like “Star Wars VII” will only be shown that day. It’s not even limited to that weekend. It will continue to be projected in theaters for days and weeks after that. There might even be some screenings where there are a few empty seats — I’m thinking at noon on a Tuesday, for example. But the Hollywood hype machine is infecting people with the same disease that makes them line up for three days on a sidewalk in order to buy every new iPhone as soon as it’s available. To my knowledge, Apple has not run out of iPhones — and there won’t be a shortage of places to see “Star Wars VII.”

I blame the media for not only falling for the hype, but pumping it up. Tickets going on sale in advance for a movie is not news, yet you’d be hard-pressed to find an outlet that hasn’t breathlessly reported the crush of interest in the movie.

While I’m on the subject, let me also take a shot at multiple reports that have aired this week claiming “some people” are upset that there’s a black stormtrooper in “SW7.” Who gives a shit? Just because some cranky group of racists has posted some tweets with a hashtag doesn’t make it important enough to deserve mention. Using the phrase “some people” is the cheapest, easiest way to pretend to give attribution without actually giving any.

On his excellent blog, my friend Mark Evanier writes about a similar controversy involving another fictional character…

There seems to be a silly controversy raging over the new Captain America story arc in which a black guy dons the costume. Not that anyone seems to care about the character’s creators in matters like this but co-creator Jack Kirby proposed long ago that Steve Rogers stop being Captain America and pass the costume on to others…including at times, a black man, a woman, a naturalized citizen and eventually one of every kind of human being that makes up the United States of America.

Mark should know what he’s talking about, since he is writing a new biography of Kirby that will be available in August, 2017.

Why must we always fall for the lowest-common-denominator garbage that gets spewed online and on our airwaves? Why does every uttering from the uninformed and intolerant qualify as repeatable and reportable? Why must the media continually circulate pure nonsense?

Those questions don’t apply solely to entertainment matters. The same problem persists in modern-day political coverage. Instead of vital dissection of policy differences between candidates, we get bogged down in the latest dumb remarks made by one unqualified nitwit or another, who we’re supposed to believe is smart enough to become the most powerful person in the free world.

Even when there isn’t an Asinine Comment Of The Day, we still don’t get helpful analysis from our media. We get “breaking news” updates of the latest poll numbers, as if they matter 13 months before the election. Or we get the results of an on-air or online poll, which are more scientifically inaccurate that your average Gwyneth Paltrow health tip.

Just because someone says something stupid does not make it worthy of re-distribution — at least not without using context to point out how ridiculous it is (which most late-night comedy shows do a better job of than most “news” organizations). Going viral is not always a good thing. Merely repeating something you heard from someone whose name you don’t know who has no idea what they’re talking about in the first place is not journalism.

Gotta go now. I just received a bulletin about a rumor that there’s a boycott forming over a new white character on “Empire.”