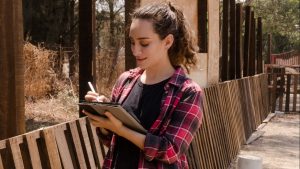 I was minding my own business, walking towards a St. Louis Bread Company outlet to pick up lunch, when a young woman approached and said, “Sir? May I have a minute of your time?”

This doesn’t happen to me every day, so I stopped and paid attention as she asked, “Are you a St. Louis County resident?” This didn’t seem like exceedingly personal information, so I told her I am, which made her smile. Then she proffered a clipboard and explained she was gathering signatures to get two initiatives on the ballot this fall.

One was to legalize recreational use of marijuana (not just for medical reasons), which I signed immediately.

The other would change the way replacements are chosen when an elected official leaves office mid-term (due to death, resignation, etc.). Rather than the current system, under which the governor appoints a replacement, there would have to be a special election, allowing the public to choose who gets the seat. It would also introduce the idea of ranked-choice voting and require that each voting machine can produce an “individual, permanent paper record for each vote cast” that can be inspected and preserved for use in an election audit.

These proposals appeal to me as a way to fix the real bugs in the system, not the ginned-up election fraud garbage spewed by the GOP. Naturally, I signed that one, too.

The canvasser thanked me and then she complimented me with a phrase no one had ever used in my presence: “I like your top!”

I was dazed a bit by the compliment, because I’ve never considered any shirt I’ve worn to be a “top.” I mean, I’ve heard my wife, my daughter, and other women use that lingo, but never in reference to something a guy has on. It also occurred to me that there’s no way I, a middle-aged man, could ever say that phrase to anyone of any age without coming off like a creep.

Nonetheless, I said thanks and wished her luck in acquiring a lot more signatures from other people — regardless of their garb.