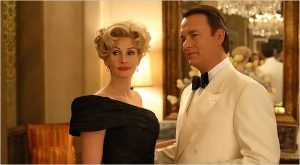 Now that the US military is officially out of Afghanistan — after wasting two decades and $2.4 trillion — would it be too painful to go back and watch the Tom Hanks/Julia Roberts/Philip Seymour Hoffman movie “Charlie Wilson’s War” again?

If Donald Trump is still the most powerful voice in the Republican party, why was he booed at his own rally when he told his followers to get vaccinated? Why didn’t his cult members immediately go out and get the shots?

Are there any business people left who still go out for three-martini lunches?

Are there any radio stations still doing bumper sticker promotions?

With kids watching movies or staring at their phones in the back seat during family road trip vacations, does anyone play “I Spy” or the license plate game anymore?