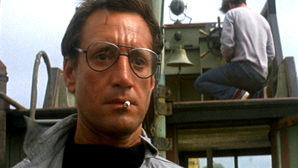 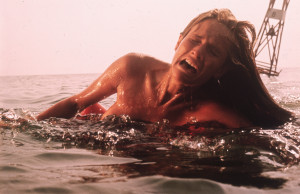 Forty years ago today, Universal Pictures released Steven Spielberg’s “Jaws,” the movie that both started the summer blockbuster tradition and kept people out of the water at beaches around the world for months. For its anniversary, you might want to listen to my 2001 interview with Carl Gottlieb, who wrote the screenplay, or my conversation with Jamie Benning, who made the filmumentary “Inside Jaws.”