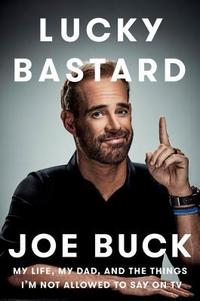 Joe Buck has done play-by-play for 19 World Series, several Super Bowls, and NFL games every Sunday, winning multiple Sports Emmy awards along the way. Now he’s written about his life in “Lucky Bastard: My Life, My Dad, And The Things I’m Not Allowed To Say On TV.”

Among the things he discussed on my show: